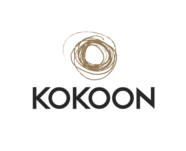 Per Solli is a super positive and highly motivated entrepreneur born in Norway and the driving force behind Kokoon Global INC.

Working the farm animals before and after school from an early age and opening his first business at the age of 19 with a multi service shopping zone, Per is used to taking responsibility and learning on his feet.

As a top athlete himself, Per later moved into sports coaching with one of Norways women’s soccer teams, IK Grand Bodo 1998/1999 and also served as CEO. Working extensively with the team and closely monitoring performance, he developed a niche sports program which led to a highly successful and lengthy career traveling the world talking about Sports Nutrition and Fitness to sports teams, athletes, doctors, coaches, and other sports professionals, etc.., and knows the industry well. Per’s specific expertise also extends to training, physical therapy, sales and overall business development.

Having mostly lived in Hotels for the last 20 odd years and possessing a keen interest in them, Per has become quite an expert. This expertise and knowledge gave rise to the concept of a Medical Centre with Sports Injury focus, combined with Sports Rehabilitation and Nutrition programs catering for elite athletes in a Luxury environment aimed at fast recovery, the initial Kokoon La Aldea project. It has grown since then.

As President and Founder of Kokoon Global INC, Per has been patiently putting the pieces together for over 10 years now, and the scale of the project now involves many people and many plans.

One has to have nerves to stand on World Stage and negotiate deals on the scale required for the Kokoon project. And standing up in an industry where you suggest business as usual is not good enough, you get push back, attending meetings with government officials and big businesses, and clinching deals and signing on new investors,  Per has certainly demonstrated a resilient and determined character.

Ernst has been CEO for several businesses within the fishing industry as well as being CEO of Premier League football clubs F.K. Bodø/Glimt and FC Floya in Norway. Ernst was Regional Leader of the Handball Association North of Norway and Chief of the Board for Finnmark FA and Nordland FA, which takes care of all football activities on behalf of the Norwegian FA.

With a background in finance/economics and considerable linguistic skills, Ernst has worked for several banks in Norway including Sparebanken Nord- Norge, Nordea and Dnc. In addition to his native language, Ernst speaks English, understands French, German and some Russian.

After 16 years in various companies as a project engineer and sales engineer, he came to Equinor Norway in 1988.

At Equinor he was responsible for the distribution of lubricants in Norway, Denmark and Ireland.

Mr Jacobsen has background covers over 35 years in the management of health and fitness centers and working with body conditioning and the muscular development of sports people.

For the last ten years he has been a personal advisor for several international top professionals within the rock business and other trades.

Jan Jacobsen Board of Directors & Shareholder

Erzsebet Scholl is a very creative link and advisor in our company.

The band Los Labios BY ALL MEANS a Rock’n Roll Story, A hilarious and touching insight into life on the road with a struggling rock band, desperate to make it big by all means and against all the odds.

Terry Slater has enjoyed 50 years+ in the music industry encompassing many facets of the business. He was an EMI board member and has been successful as a songwriter, publisher, A&R executive, promoter and manager and he continues to enjoy his vocation with vigour and zest.

World renowned musician and prominent music manager. He has been responsible for the management and commercial aspects of such bands and artists as a-ha, Queen, Kate Bush, Sex Pistols, Duran Duran plus many many more.

Terry Slater Board of Directors & Shareholder

Ron Atkinson (lovingly known as Big Ron) was one of the most colorful managers in English football history. With over 1,000 games as manager, he is a long standing member of the English Football Hall of Fame.

Ron has worked as a TV pundit for SKY Sport, ITV Sport, MUTV (Manchester United TV) and travels the world as both a football expert and as guest of honor at various football related events.

Ron Atkinson Board of Directors & Shareholder

Thor-Rune is an educated journalist and has spent most of his professional career within television as a sports commentator.Having already acquired a lot of experience as a commentator of English Premier League soccer for Canal+.

By the time he finally quit sports commentary in 2010 he was by far the most experienced soccer commentator in Norwegian television history with over 1500 games to his name. He was also the stadium speaker for all of Norway's international games, every Norwegian cup final for over 22 seasons.

Thor-Rune Haugen Board of Directors & Shareholder

David White is a well respected multi-awarded veteran of the film industry.

Beginning professionally in 1983, his expertise as a Sound Designer covers the entirety of what is possible in sound and his catalogue includes Fearure Films, Documentaries, TV drama, sci-fi series, TV series, TV commercial, and gaming, and also music recording and mixing in all genres, including classical, hip-hop and rock.

Notably, David won Australia’s first Oscar for Sound Editing at the 2016 Academy Awards for Mad Max; Fury Road. David’s story telling expertise and unashamed truth telling has made him a much sort after and well trusted collaborator on hundreds of projects, and he is passionately driven to achieve the best.

He is an advocate for change in the Australian Film Industry, and has been strongly involved in enquiries and lobbied parliamentarians both at state and federal levels, for change to taxation international incentives and treaties.

David’s preparedness to seek out the best in his collaborators and his encouragement of experienced and inexperienced filmmakers alike, is legendary, and he is driven to bring out the authentic best in the story of each project he works on. This has made David a much sort out individual in the filmmaking community, and combined with his nimble thinking, he will be a much valued asset and leader in the philosophy of Kokoon now and into the future.

David White Board of Directors & Shareholder

Greåker Hålding AS  was established in 1935, where Tommy is the 4th generation owner. He took over the company in 1996.  They are engaged in digging and establishment for water and drainage, properties, garages, parking garages, petrol tanks and oil separators.

Working throughout Norway for oil companies to build new stations and re-establish old stations, primarily with tank and piping for the petrol technical.

Tommy Kvisvik Board of Directors & Shareholder

Dr. James Khodabakhsh specializes in complex surgeries of the eye and is one of the most sought after surgeons in Los Angeles. He finished his undergraduate degree at New York University and graduated with the highest honors. He was the recipient of the prestigious Presidents Service Award, the highest award an undergraduate can receive.

Dr. Khodabakhsh attended medical school at the State University of New York in Brooklyn. His internship year was done at the Mount Sinai medical center in NYC in general Surgery. He then completed his residency and was the Chief resident at the prestigious New York eye and ear Infirmary at New York Medical College.

He then completed his fellowship in anterior segment surgery at New York Medical college where he is presently a Clinical Assistant Professor of Ophthalmology. Dr. Khodabakhsh has performed over 40,000 eye surgical procedures including LASIK, Glaucoma and cataract surgeries. He has performed live surgery and lectured in multiple countries around the world. He is one of the most sought after Key Opinion Leaders in the United States and is a consultant to all major ophthalmic companies. Dr. Khodabakhsh is also presently the Chief and Chairman of the Department of Ophthalmology at the Cedars Sinai Medical Center where he is involved in multiple Clinical trials.

Dagfinn Enerly played football at the highest level in Norway, winning Caps for Norway. Whilst playing for Rosenborg, he won the League Championship four times and the Cup once.

In 2005, his life changed dramatically when he broke his neck during the last soccer match of the season.

Today, Dagfinn are paralyzed from the neck down, but he is an huge inspiration to others. In recent years, he has travelled around Norway, speaking about his accident and the way in which paralysis has given his life a new, surprisingly positive meaning. He has been awarded several prizes for his contribution.

Dag Solheim is an investor with a solid background in sports media. He is a well recognized media presenter and director, with particular emphasis in the sports field. Since the mid-1980s he has worked with radio and TV.

From 2000 - 2010 he was the Director of Sports and a prolific presenter for the international TV-company CANAL + with main focus on English Premier League, but also the Italian Serie A, Spanish La Liga and Norwegian football. Since then he has been working with Eurosport, and as head of media for the football tournament Dubai International Cup.He also works as director of events and entertainment, often related to sports, and he has been hosting such events in more than 30 countries on five continents.

From being a successful marketing manager in one of the world's largest pharmaceutical companies Johnson & Johnson, to becoming a cripple was done in a second.

And I was going to spend 3 years to heal and recover.

During this time I had to do things differently – I had to find new ways.

What I experienced was a life force, a power or an intelligence that dwelt within me, that I needed to listen to and collaborate with. This life force (I look at it as the same intelligence that makes the sun come up, or make the leaves pop out on the trees in the spring) this intelligence helped me heal, and come back to life again.

Not the old life, but a new life, with new insights and understandings.I promised myself  I was going to use my dearly bought experiences and insights wisely.

I quit my job in the pharmaceutical industry and started the “Life Force Center”, here I have worked with people who want to make a change.

Then I established “Business Force” where I work with leaders who want to make a change and want to create something bigger than themselves.

- I believe in a society where people are 100% responsible for their own thoughts,   feelings and behavior.
- I believe when we open up to more life force and the intelligence that lies       within us, we expand more of the potential that lies here.
- I believe in individuals who dare to create something greater than themselves.
- I believe in companies and organizations that assist in a larger community.
- I believe in a community where we see and support each other. - I believe in people who want to make a difference.